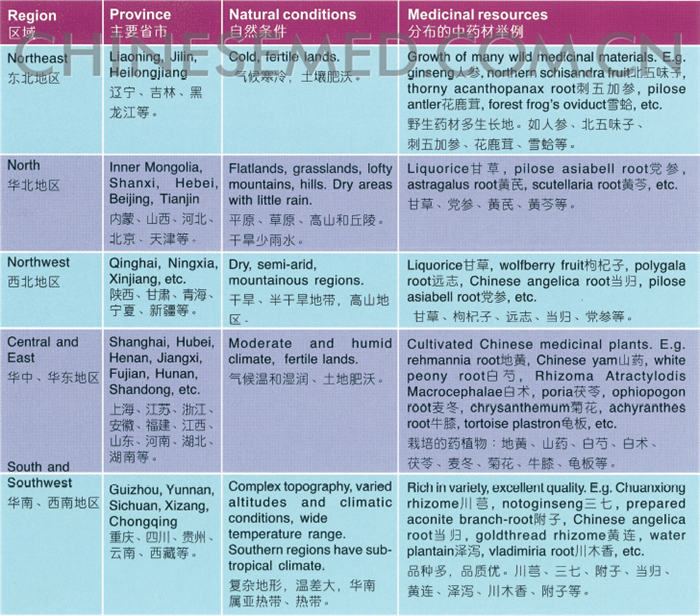 of Hebei and Yuzhou city

of Henan. (Chengdu’s Lotus Pond is also said to be one of the four largest pharmaceutical cities, and Zhangshu city

of Jiangxi is called the “Pharmaceutical City of the South”. Many Singaporean and Malaysian businesses specialising in Chinese pharmaceuticals operate from Jiangxi.)

A city in eastern Anhui province of China, Bozhou is known as the “Pharmaceutical Capital of China

, the renowned physician of the Han Dynasty. During the Ming and Qing Dynasties, Bozhou was one of the four largest pharmaceutical cities in China, distributing over 2,000 kinds of Chinese herbal medicines. It is “the first city of Chinese crude drugs 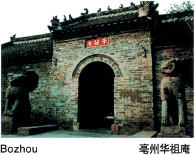 Situated in central Henan province, Hui county is in a dominant position due to its 600-year history of medicinal materials fairs. It also has a reputation for producing and processing herbs the traditional way. The “Medicinal Materials Fair

which is held here annually has become the country’s largest pharmaceutical distribution centre, and is fast developing into a mega pharmaceutical chain store.

. It has a Chinese herbal medicine trading history of 1,000 years, with its beginnings in the Northern Song Dynasty reaching its peak during the Ming and Qing Dynasties Qizhou became famous with its “Four Unique Products of Qizhou

”, earning a reputation as illustrated in the saying “plants turn into medicines only when they reach Anguo, medicines carry no flavour unless they reach Qizhou”. 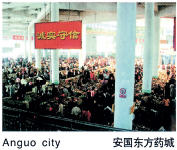 A city in central Henan province, Yuzhou is called the “Pharmaceutical City of China

”. There is a historical saying: “Medicines will not get popular unless they reach Yuzhou; no physicians are excellent without meeting the Master of Medicine.”

Since the Spring and Autumn Period, and Warring States era, miracle-working physician Bianque

and many others had all visited Yuzhou to practise medicine, gather herbs and write books to expound their theories. During the Ming Dynasty, Yuzhou became one of the four largest herb distribution centres in China.