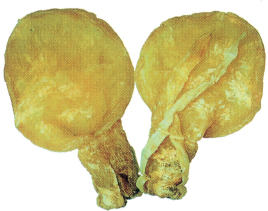 Source The source is from gas bladders of Large Yellow Croaker (Pseuddosciaena crocea Rich.), Small Yellow Croaker (P.Polyactis Bleeker), Chinese Sturgeon (Acipenser sinensis Gray) and Huso Sturgeon (Huso dauricus Georgi), etc. They are boiled until they are dissolved and become jelly after cooling down, and is called Biaojiao.

Usage and Dosage
9 – 15g is used in decoction for oral use, or in pills, powder or paste. It can be melted for external use.

Notes Contraindicated for those with weak stomach and large quantities of phlegm.

It is usually pressed as a long oval slice, with light yellow, keratin-like and slightly glossy surfaces. It is tough and the ruptured part shows fibres. It is bland in taste, and slightly fishy. When soaked in water, it expands. When boiled, it dissolves and the thick solution becomes a very sticky jelly after cooling.

Fish maw gelatin (above) is cubes of gelatin made from the dried and processed maw of Chinese sturgeon, Huso sturgeon or large yellow croaker.

Storage
Keep in a dry place.

Professional Advice
The gas bladder of sturgeon or Huso sturgeon is called Huangqundu or Huangxunjiao. The one that is finely cut is called Xianyujiao. 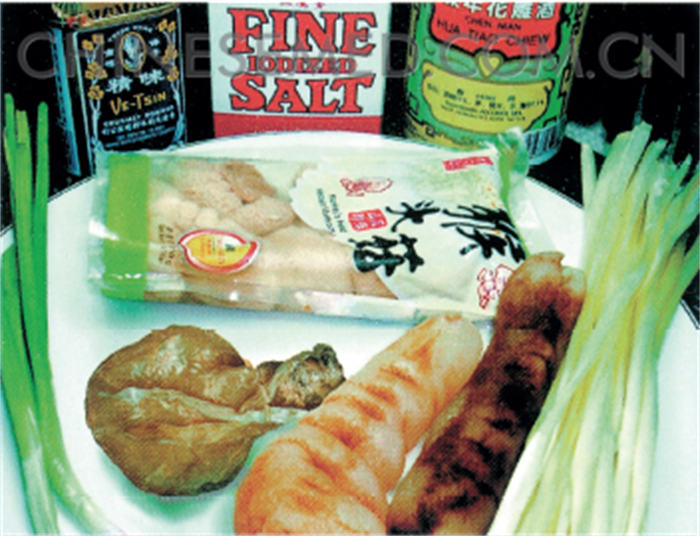 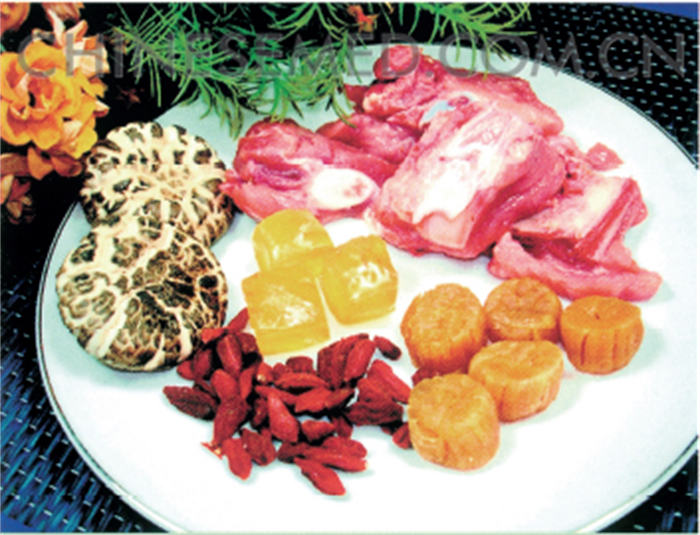 Effects
This dish nourishesyin, strengthens the kidneys and relieves tiredness. It is particularly beneficial to those who are suffering from impotence due to deficiency in the kidneys, weakness after birth or who are recovering from surgery.