Poria has always been regarded as a nourishing food well-liked by people. It is said that poria pastry used to be old Empress Dowager Ci Xi’s favourite snack. Did you know why? 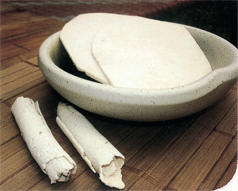 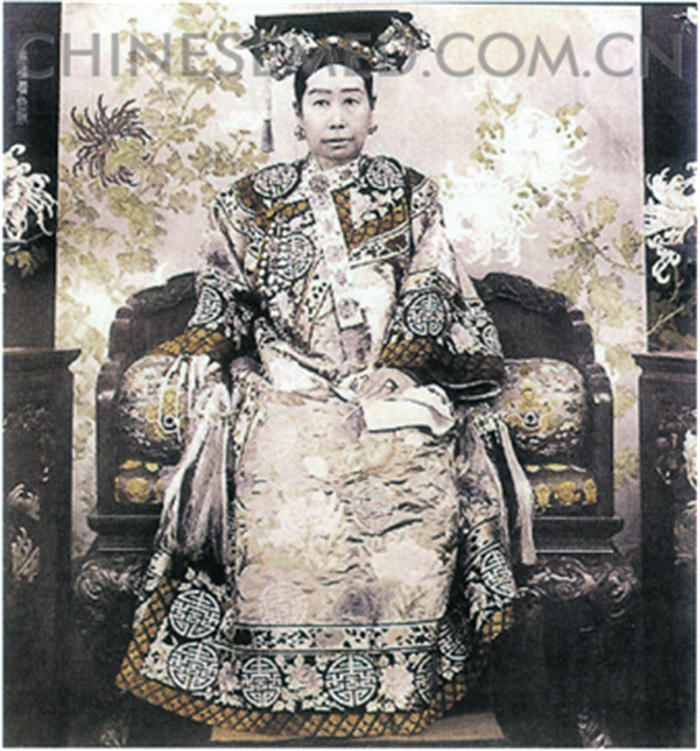 According to legend, Ci Xi suffered from weak health and a poor appetite. The imperial chefs racked their brains to select medicinal herbs that helped to invigorate the spleen and promote appetite. They found out that poria from Yunnan had a sweet taste and neutral nature, having the effects of tonifying the spleen, tranquillising the mind, promoting diuresis and dispelling dampness. Hence, they used pine nuts, peach kernel, sweet osmanthus flower and honey as the main ingredients, and mixed them with an appropriate amount of poria powder. Using fine flour baked into thin crepes, pancakes with filling were made. Ci Xi was very pleased with the recipe, and would offer poria pastry as a form of reward for court officials. Thus, poria cake became a popular imperial pastry. It is further recorded that out of 13 longevity-promoting prescriptions which Ci Xi took, almost half of them contained poria.

In chapter 60 of the Chinese literary classic Dream of the Red Chamber, the application of poria cream was introduced: mix the poria cream with milk or boiled water and blend evenly. Take a cup of the decoction each morning to promote health. Poria cream can also be used as a facial mask, with the effect of smoothening the skin and removing flaws. We can therefore guess that the beautiful white complexion of the ladies in Dream of the Red Chamber was achieved by regularly applying poria cream! 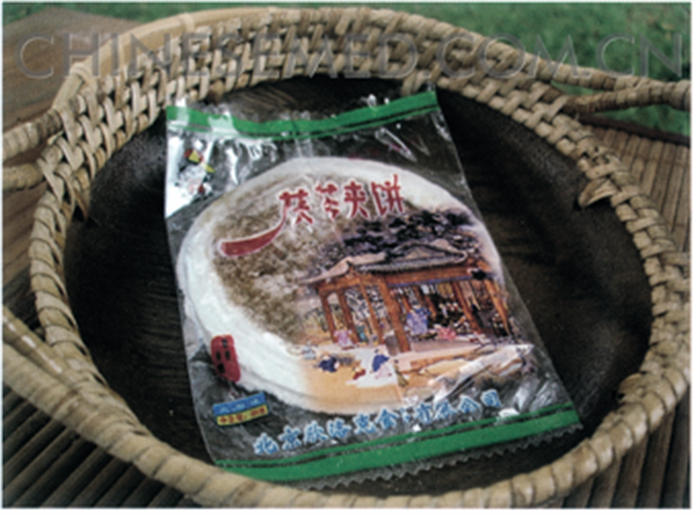 Poria contains a large amount of polysaccharide substances, which help to regulate the function of the immune system and benefit the elderly and patients with a weak constitution or chronic illness. Pachymaran has an effect of inhibiting the growth of cancerous cells, hence its prolonged use benefits cancer patients undergoing chemotherapy and aids in recovery after an operation. 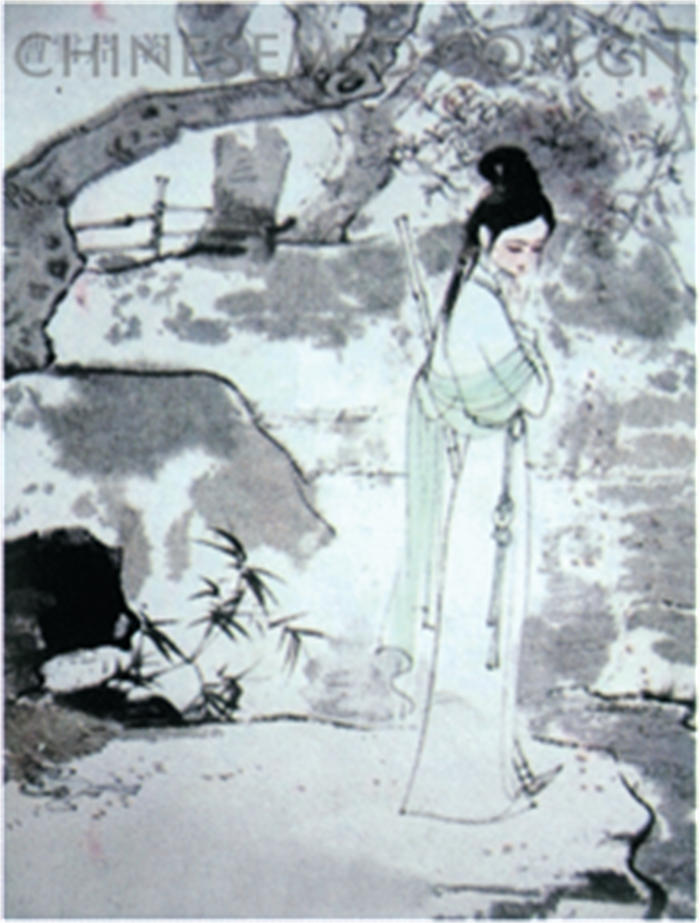 In the book Shen Nong’s Herbal Classic, medicaments are grouped by the strength of their curative properties into high-grade, medium and low-grade. Poria belongs to the high-grade, hence it is also known as top-grade poria. 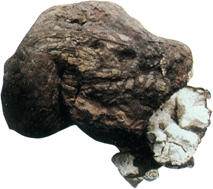 it is a fungus that thrives on the roots of the pine tree, and is shaped like a sweet potato with a brownish-black outer skin, white or pink core, being the dry sclerotium of Poria cocos, mostly seen on the roots of masson pine or Japanese red pine.

In ancient times, people saw poria grow on the roots of old pine tree and thought that it was a mystical manifestation of the essence or spirit (ling

) of pine tree, naming it as fu ling

i that the essential qi of old pine tree was transformed into poria.

Poria is neutral in nature, and is both sweet and light. It is lightly flavoured yet penetrative, sweet yet tonifying, and aids in replenishing as well as purging. It has a mild nature and does no harm to the genuine qi, as it can invigorate qi and dispel pathogenic factors. Hence it is administered to treat deficiency of the spleen with dampness, as well as g/’-deficiency with pathogenic factors.

All the parts of the porla herb have medicinal qualities. They are named as follows:

Poria skin refers to the surface of poria that has been covered with a brownish outer layer. It promotes diuresis to alleviate edema and is suitable for enhancing skin moisture or treating hydro-derma. 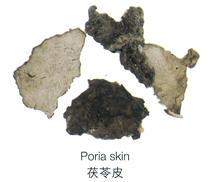 Red poria refers to the pale reddish loose outer section. It is diuretic and dispels heat-dampness. 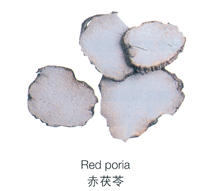 White poria refers to the interior white compact portion. It promotes diuresis and strengthens the spleen. 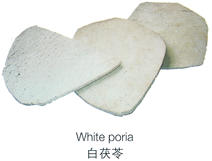 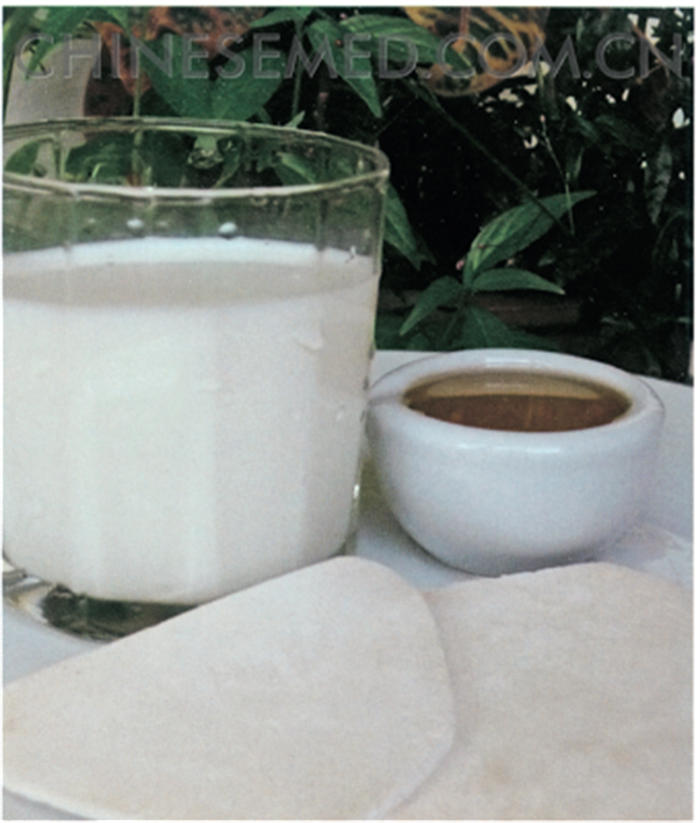 Effects
Invigorates the spleen, tranquillises the mind, promotes diuresis, dispels dampness and improves the complexion. It is particularly beneficial to those suffering from deficiency of qi and the spleen due to chronic illness.

Effects
Invigorates the spleen, promotes diuresis and nourishes the liver and kidneys. It is recommended for improving qi in the digestive system, strengthening the body and improving the complexion. 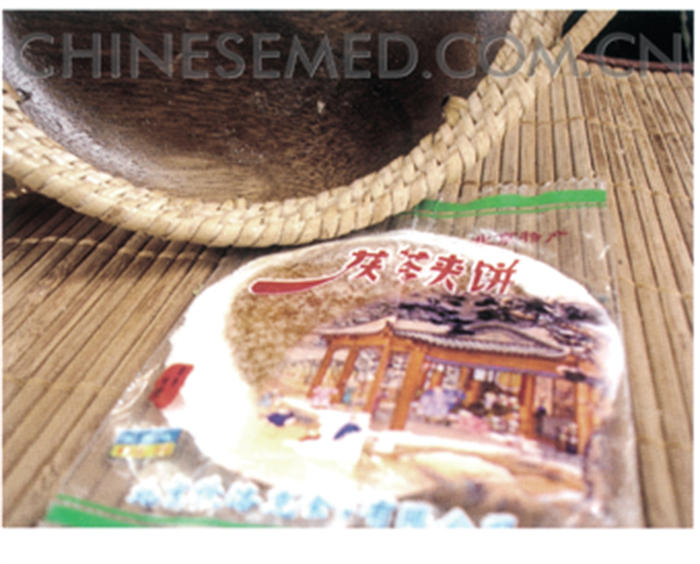 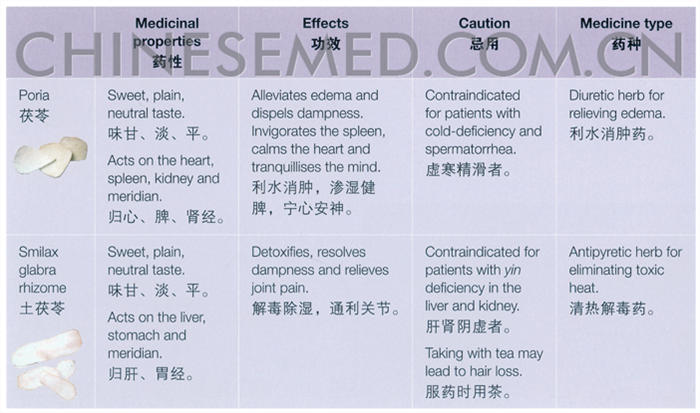 Guiling Jelly
A traditional medicinal dessert of Wuzhou city, made by using the precious big-headed turtle and rhizoma smilacis glabrae as its main ingredients, and adding herbs like dried rehmannia root.

Guiling jelly has a mild nature, neither cool nor dry, and is suitable for people of all ages. Its effects include dispelling heat, resolving dampness, nourishing the blood, promoting blood, relieving itch, clearing acne, moistening the intestines to alleviate constipation, nourishing yin and tonifying the kidney, beautifying the face and refreshing the mind. 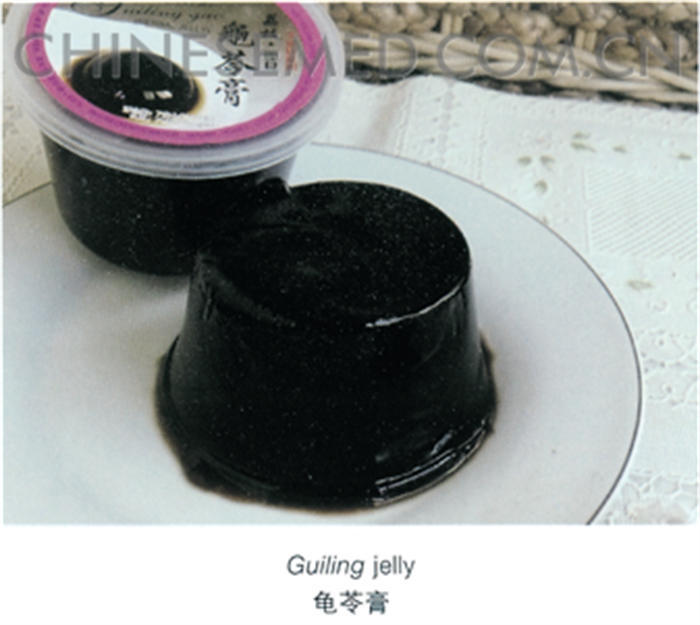 Powder of Five Herbs with Poria
This medicinal powder is made by grinding poria, water plantain, cinnamon bark, rhizome of large-headed atractylodes and agaric. Its effects include promoting diuresis, resolving dampness, warming the yang and invigorating qi. It is a good prescription for treating symptoms like dysuria, edema, diarrhoea and dizziness. 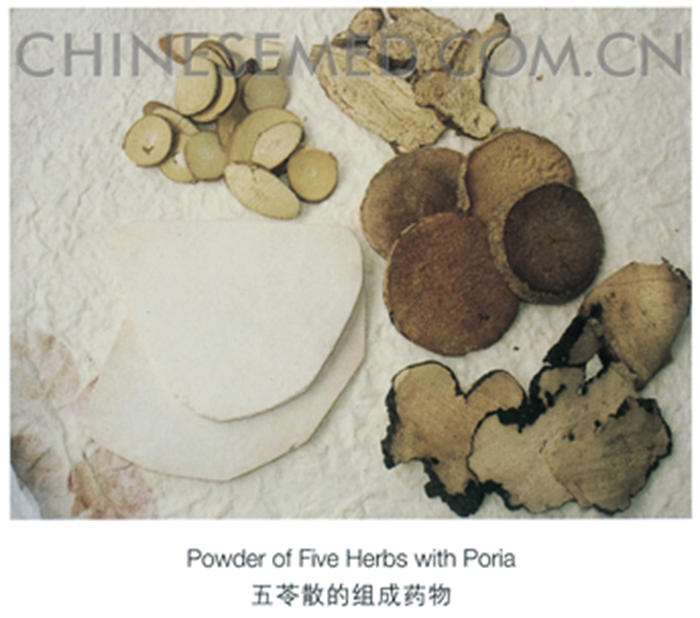