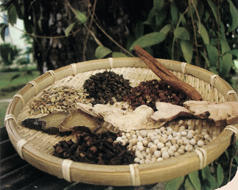 Food and Medicine Originate from the Same Source

Yang Shang Shan of the Sui-Tang dynasties documented that the five cereals, five fruits, five animals and five vegetables  are used as food to satisfy hunger. At the same time, they are used as medicines to treat illnesses.

Since ancient times, people in their search for food had discovered that many foods may be used as medicines, given their unique nature, flavour and effects. This is the basis of the theory that “both food and medicine originate from the same source”; it is also the fundamental of dietotherapy or food therapy. 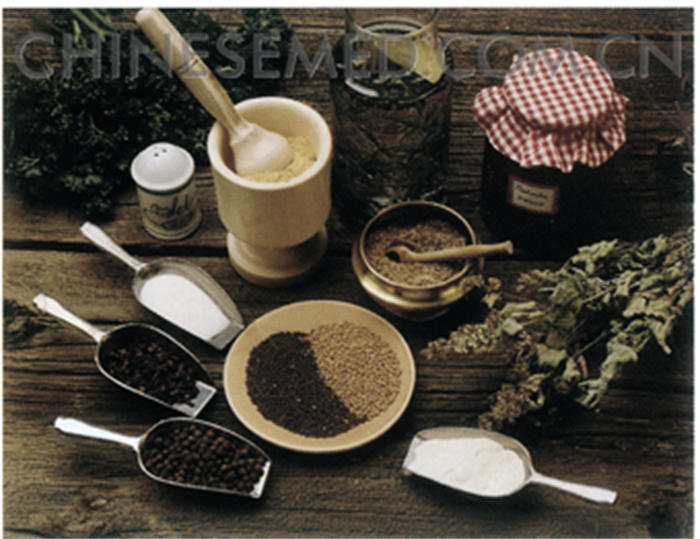 Hence many foods serve as edible food as well as medicines; both can be used to prevent diseases. Dry ginger, cinnamon bark, pepper, pricklyash peel, fennel and cloves are excellent flavourings as well as interior-warming medicines. They illustrate the theory of “food and medicine originate from the same source”. 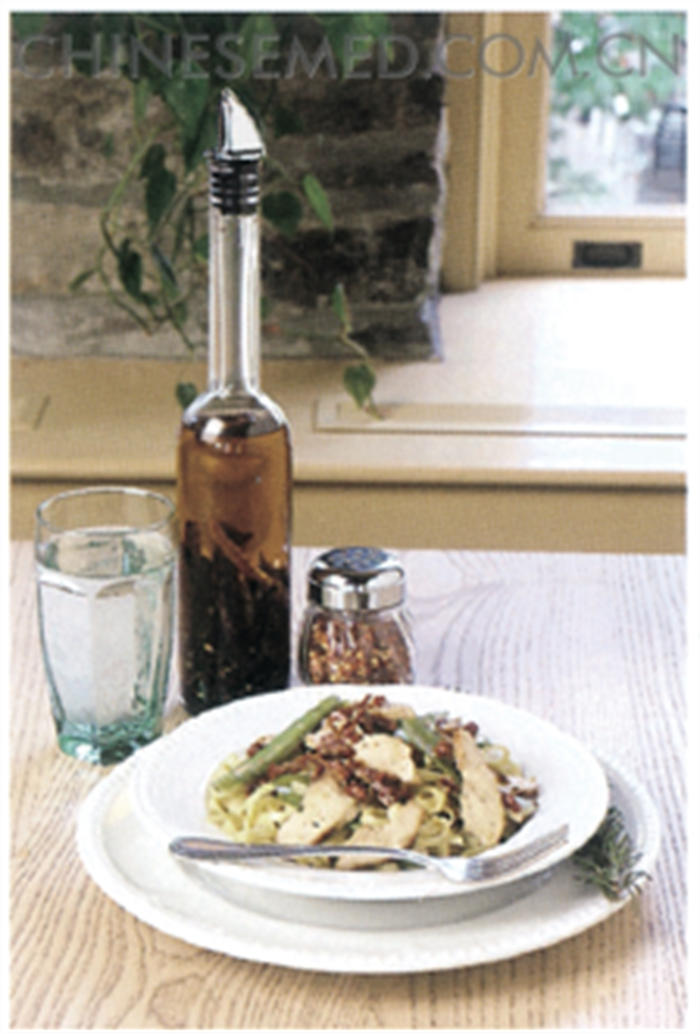 Fennel as an Interior-Warming Herb

Interior cold may be of the deficiency or the excessive type. The excessive type of cold is mostly due to pathogenic cold invading the interior, in which yang qi gets disturbed, resulting in vomiting and diarrhoea, cold pain in the stomach and abdomen, and loss of appetite. In this case, treatment should be administered to warm the interior and dispel cold. The deficiency type of cold is mostly due to deficiency of yang qi, with yin qi in the interior, resulting in stomach cold, cold limbs, cold pain in the waist and knees, impotence, cold uterus, spontaneous emission or enuresis. In such a case, a treatment of boosting the source of fire and strengthening yang should be given. 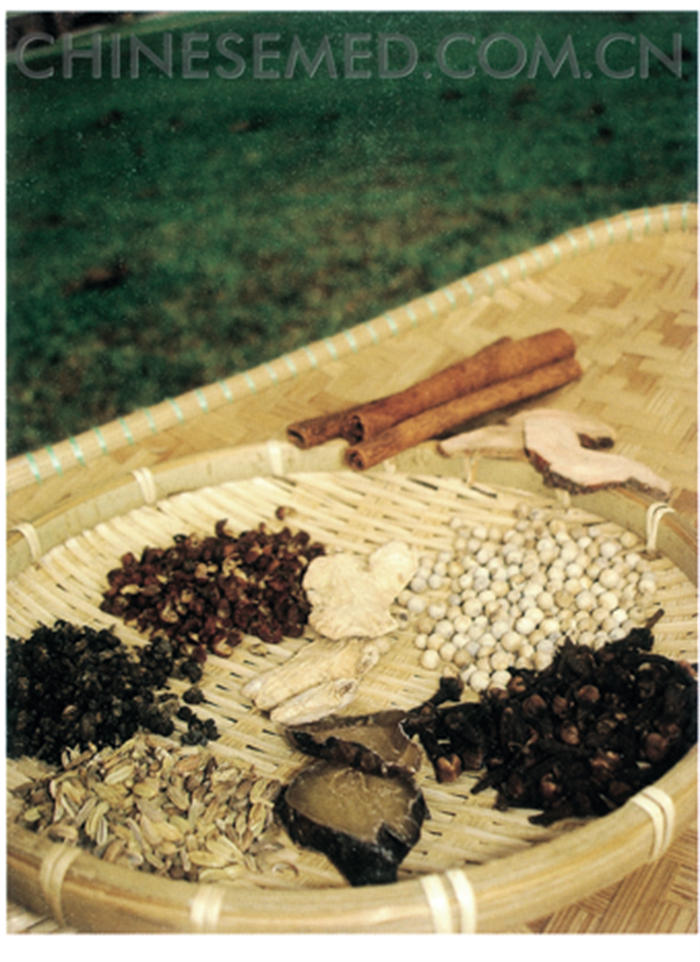 Flavourings refer to the herbs used to season and complement food. The amount used is often small, but they add colour, fragrance, taste and texture to the food, e.g. garlic, fresh ginger, pepper, fennel, etc. 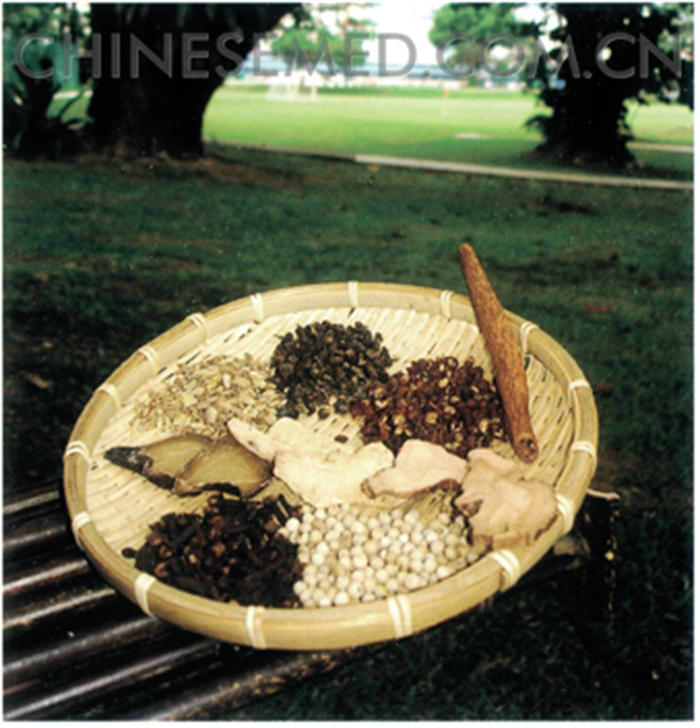 Fennel
Fennel (Fructus Foeniculi), a commonly-used medicinal herb, belongs to the species of Foeniculum Vulgare Mill. Its nature is dry and warm, with a bitter taste and action on the collateral channels of the liver, kidney, spleen and stomach. 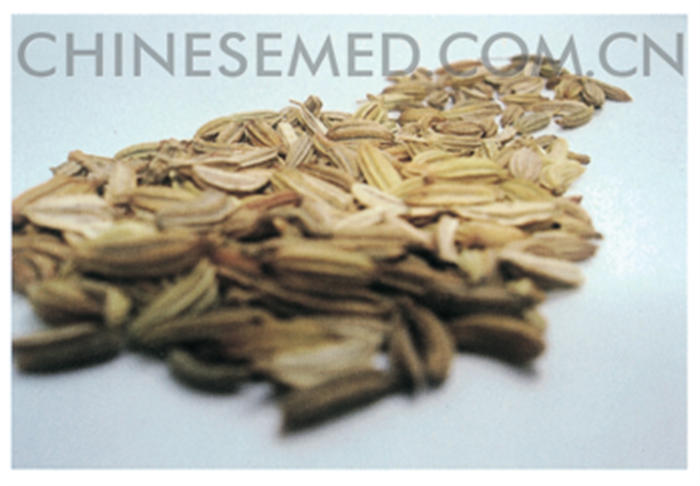 As an interior-warming herb, it invigorates qi. It helps to disperse cold, relieve pain, regulate qi, harmonise the middle jiao or middle energiser, and is suitable for treating symptoms like cold hernia, dysmenorrhea, cold pain in the lower abdomen, stomach distension and pain, poor appetite, vomiting and diarrhoea.

The efficacy of fennel was first discovered during food preparation. It was discovered that inserting fennel in rotten fish could revive its fragrance. It was thus named as huixiang

, literally ‘fragrance returns’, and its name is written homonymically as hui xiang 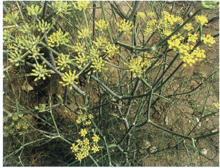 In reality, fennel itself is unable to revive the freshness of decaying food. It, however, is able to drown out the smell of rotting meat with its fragrance. As it looks like the rice grain, it is also termed fennel grain. In those days, fennel was referred to as hui xiang, not xiao hui xiang (literally ‘small fennel’).

Fennel contains essential oil with invigorating effect on the stomach and intestines, stimulating the production of digestive enzymes as well as relieving colic pains in the intestines.

Also known as eight-pointed fennel, the star anise belongs to the magnolia species, with more than 50 percent of the herb coming from Europe and the western coast of America. It is similar to fennel in its nature and flavour, effects and usage.

Popularly used in culinary preparations for its fragrance and slightly bitter taste, the star anise is called fenicu-lum in Europe, which literally means ‘aromatic liquorice’. Also known as ‘magical herb’, it was later introduced to China. As star anise is larger in size than fennel, it is also termed ‘large-grained fennel’, whilst the fennel is known as ‘small fennel’. 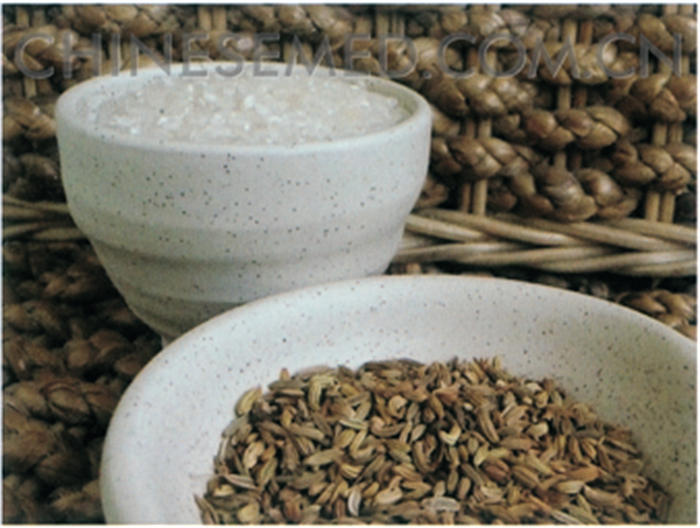 Effects
Dispels cold and relieves pain, warms and harmonises the stomach, alleviates pain in the intestines. 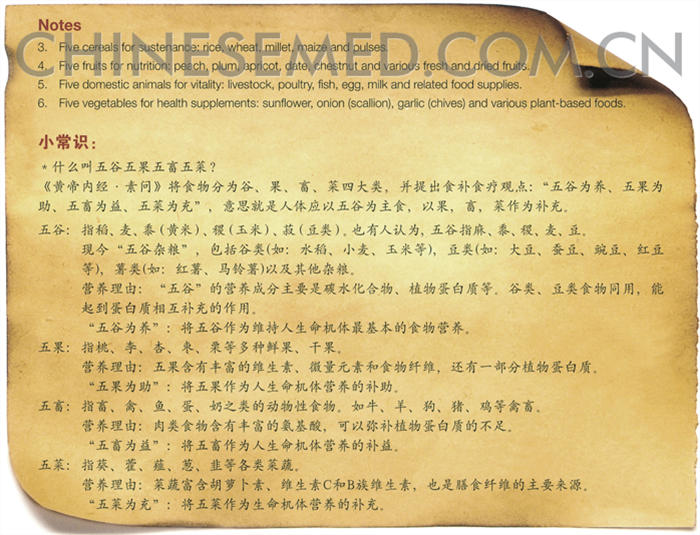